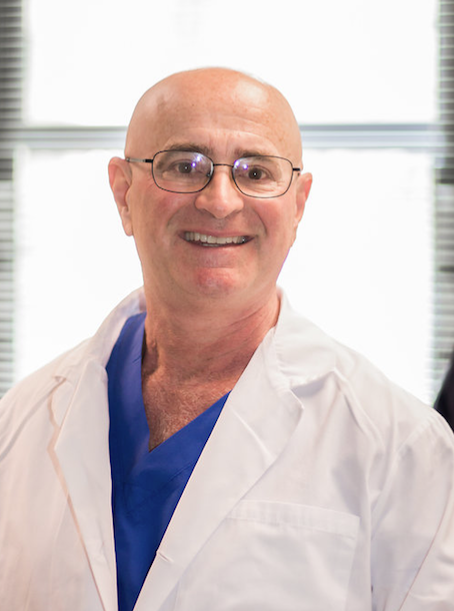 PLEASE NOTE: The LinkedIn hyperlink above provides a more current resume since Dr. Dorfman retired from private practice in 2019. Consider it as a primary source if you are a LinkedIn member.

Dr. Dorfman has decades of experience in dental advocacy. He has extensive experience working as an expert in dental malpractice cases. He applies this expertise to teaching clinical dentistry and writing treatment plans. In addition Dr. Dorfman has worked quietly on numerous legal matters of importance to organized dentistry at the city, state and national levels. These legal matters may include corporate responsibility. Tech interests include Interoperability within Electronic Medical Records (EMR) and dentistry, e.g. Epic, Cerner, Dentrix and Eaglesoft. Member of the FHIR (Fast Healthcare Interoperability Resources) policy workgroup.

CLINICIAN (retired November 27, 2019):
Former President and Director of The Center for Special Dentistry® PC (CSD) – now closed. This was a preeminent group of 16 general dentists and specialists in midtown Manhattan. Established in 1985 the practice focused on complex cosmetic reconstructive & implant dentistry. The dental practice was affiliated with a group of ten physicians in the same building that he personally brought in. The NYCdentist.com website is currently being modified (grayed-out sections) to reflect Dr. Dorfman’s recent retirement from private practice.

DENTAL LICENSES:
Dr. Dorfman is licensed to practice dentistry in New York and Florida. He does not plan to continue practicing dentistry. Instead he is interested in public health solutions.

SOCIAL MEDIA:
Dr. Ed Zuckerberg (Facebook founder, Mark Zuckerberg’s dentist-dad) is the Co-Admin of the Facebook business page and is on the 1dentist LLC.

BOARD OF DIRECTORS and ADVISORY BOARDS:
New York County Dental Association – Board of Directors – served for several years.

Sorensen Yachts (SorensenYachts.com) – Board of Directors.

Dental School: University of Pennsylvania – One of four students from a class of 160 selected to participate in a four-year honors program at the Dental Care Center called The Pennsylvania Experiment. The Pennsylvania Experiment was created by Dean D. Walter Cohen. The intention was to create a master clinician. It required three extra hours of school and clinical work per day starting the first week of dental school. Dr. Robert Tisot, the program director, kept Dr. Dorfman in the operatory next to him all four years. Graduated with honors in Periodontics that was presented by the subsequent Dean, Jan Lindhe. Dean Cohen was pleased Dr. Dorfman’s dental practice was modeled after The Pennsylvania Experiment. Student Council (1981-1985). Graduation 1985.  The Penn Dental Journal, Editor-in-Chief, 1982-1985. Dramatically restructured the Journal between first and second years of dental school from 6 × 9 inches, 16 pages with a circulation of 2,000 to 8 1/2 × 11 inches, 64 pages with 10,000 circulation. Associate Dean Jim Galbally gave him a private desk within the Dean’s office for four years to run the business.

Past President, Implant Systems Inc. (“ISI”), a dental implant patent holding company incorporated in 1983 while in dental school. Sold stock in ISI while in dental school. Worked with Dr. Ed Shils and the Penn Wharton Entrepreneurship Center.  Additional extracurricular classes were taken at The University of Pennsylvania during dental school. They include Leadership Session I and Leadership Session II at The Graduate School of Education with Dr. Peter Kuriloff. Real Estate Finance and Entrepreneurship were both taken at Wharton Business School.

Founder, The Center for Special Dentistry Education offered full time one to four year post-baccalaureate training to prepare applicants for dental school. This required Dr. Dorfman to work with many dental school Deans and Deans of Admission. For over twelve years Dr. Dorfman maintained the only private dental practice in New York State wherein dental students from Columbia or NYU could treat patients of lesser financial means and receive dental school credit towards graduation requirements. These patients gave their informed consent to be treated by students and receive dramatic fee reductions. The goal of this program was to offer dental care to the underprivileged while enhancing dental school education. Dr. Dorfman also worked on a formal academic program for dentists to fill the large void in current dental school education.

Founder, The Center for Special Dentistry high school program. (1994 – 2019). Dr. Dorfman worked with the New York City Board of Education to mentor qualified inner city high school students. He helped one student obtain a full three-year scholarship at The Hotchkiss School for grades 9-12. This student is now a senior at Bates College studying economics and African policy.

Senior Executive Consultant to the U.S. Navy Medicine Recruiting Command – 2014 – 2015. Demonstrated how social media can be used to increase recruitment of doctors and nurses. Non-public reports to Rear Admiral Annie Andrews, Commander, U.S. Navy Recruiting Command. One of 12 people considered a “Center of Influence” and invited to attend the Med VIP trip in San Diego in February 2015.

Continuing Education in Dentistry: over 1,000 hours through December 2017.

Internet:
Dr. Dorfman began offering 40 pages of content on drdorfman.com in 1998. By April 2001 he offered a message board for dentists and students before DentalTown.com. He digitized textbooks for the internet in 2001 (later becoming LinkowLibrary.org) before Google Books. 1dentist.com offered online dental appointment scheduling world-wide in 2002 long before ZocDoc. In 2012 alone he generated over 120 million ad impressions.

Significant understanding of SEO, SEM and other topics related to internet dentistry. Dr. Dorfman lectured on Internet Dentistry at Colgate-Palmolive Company in 2005. He provided Internet Dentistry consulting for Procter & Gamble. He is also a content provider for The Discovery Channel, Hearst Communications, Encyclopaedia Britannica, Wikipedia, and The American Dental Association (ADA).

Patents, Trademarks and Copyrights:
Piezo Electric Dental Implant #4,359,318 (1982) – This patent to electrically stimulate the bone around recently placed dental implants was obtained in 1982 during his second year of dental school.

Prefabricated Dental Inlay Forms for use in Fillings #6,835,067 (2004) – This patent will greatly improve the technique and longevity of the 80 million tooth-colored fillings placed each year in the U.S.

Trademarks and copyrights omitted for brevity. A full list is available upon request

Initiated an article in CBS MoneyWatch, When Yelp advertisers yelp at rates Apr 30 2012.

Initiated an article in the Wall Street Journal, The Price of Unwanted Ad Clicks, by Amir Efrati. Jan 2011.

Regular ongoing reader commentary on WSJ.com that can be read on the Wall Street Journal website or here: NYCdentist.com/blog.

The Chairside Instructor: A Visual Guide to Case Presentations Book. Contributor to the section on Tooth Impaction and Extraction. American Dental Association publications. 2009.

Author of the core revision on dentistry for the 2001 edition of the Encyclopaedia Britannica.

Where Are The Doctors? Dentists Quarterly of the New York County Dental Society. March 2000.

Dental Companies Advertising to Dentists is a Privilege not a Right. Dentists Quarterly of the New York County Dental Society. September 1998.

Legal Considerations of DMSOs. Journal of the Academy of General Dentistry. July 1998.

Surface Energy Effect of Implant BioMaterials on the Implant-Tissue Interface: Implications for the Rate, Character and Quality of Post-Surgical Healing. Journal of Oral Implantology, Vol. X11, No. 4, 1986.

HONORS AND ORGANIZATIONS:
Fellow, American College of Dentists (2000 – 2013). Fellowship awarded for outstanding contributions to the profession.

President of New York County Dental Marketplace (2002-2004). This is the only for-profit subsidiary of the New York County Dental Society (the local branch of the American Dental Association) that provides business services to dentists as a membership perk. This includes credit card processing, banking and insurance services and dental supplies.

Dr. Dorfman was very active in maintaining dentistry as an independent profession in regard to the corporate practice of dentistry. He focused on two big issues: 1) DMSOs – Dental Management Service Organizations and 2) UCR – Usual, Customary & Reasonable fee terminology. He was involved in the beginning of investor discontent with the CEO of Aetna-US Healthcare in September 1999, which led to his ouster several months later [see Publications]. In the same year, he also got new DMSO legislation passed in the New York State Assembly and Senate only to see it vetoed by the Governor. His writing and lobbying on UCR wording helped cause the ADA (the American Dental Association) to begin to seriously review the matter in 2000. The ADA filed suit against Aetna and Wellpoint in 2002 regarding the inappropriate use of UCR fee terminology by insurance carriers.

Member, Council on Dental Practice for the Dental Society of the State of NY (1999-2002). This council helps formulate state legislation on dental practice issues.

Mensa: Membership Based Upon I.Q. in high school

Worked for implant dentist and entrepreneur Dr. Charles Weiss 1985-1987. The office is the entire 69th floor penthouse (with the curved triangular windows) at the top of the Chrysler Building. Performed complex full mouth dental implant surgeries, including repositioning the mandibular nerve, and full mouth prosthetics.